Alexander Lazarev (Doctorate at  piano performance, Saint-Petersburg conservatory, Russia) was born in Leningrad, Russia and began his musical studies at the age of five. In 1990 he began studying at Sviridov School of Music. During this time he received several prizes including first prize for the annual Saint-Petersburg Piano Competition and he was awarded the Young Prodigies of Saint- Petersburg award. In 1997 Alexander Lazarev continued his studies at the Middle Special Lyceum School of the St Petersburg Conservatoire in the class of professor Alexander Sandler, under whom he continued studies and completed a Master degree in 2007 at the St. Petersburg State Conservatoire. In 2012 he got a Doctoral degree after studying under the prestigious tutelage professor Irina Sharapova, a holder of the title Honored Artist of Russia, at the St. Petersburg State Conservatoire, Russia.

Alexander Lazarev has performed throughout Russia, United Kingdom, France, Finland , Sweden, German, USA. He won several international and domestic competitions as a solo pianist, in chamber music ensembles and as an accompanist. In 2012 he performed in Saint-Petersburg Philharmonic Hall as a soloist with Saint-Petersburg State Symphony orchestra and has also been heard in broadcast performances on Russia television and radio. He has several published recordings on CD.

He is a professional and dedicated piano instructor with over 11 years of teaching experience. Alexander Lazarev classically trained and has a positive and energetic approach to teaching. Flexible and warm, yet structured and firm, he works patiently with each individual student to help them master their strengths, improve their weaknesses and take on challenging pieces. 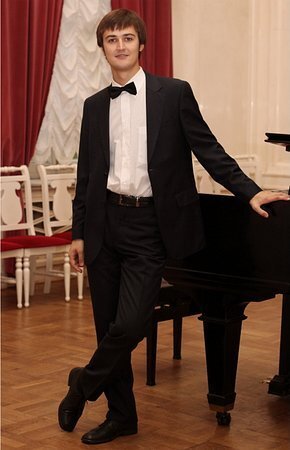