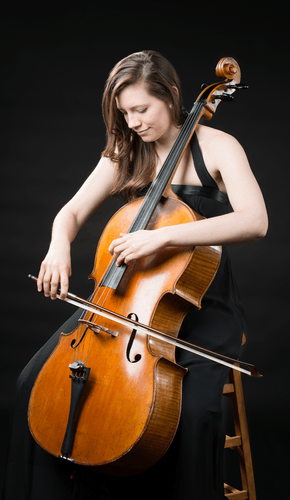 Lori Hennessy earned her reputation as a cello teacher in Cleveland, Ohio, a national epicenter of string playing and pedagogy. From 2012 to 2014 Ms. Hennessy served as the cello instructor for the Rainey Institute’s intensive El Sistema program, where she taught Suzuki-inspired group classes to various levels of aspiring cellists. Her string orchestra arrangements of songs from the Suzuki repertoire have been performed by the Rainey Institute’s El Sistema orchestra in venues across Cleveland, including the world-renowned Severance Hall. During this time Ms. Hennessy also held the position of primary cello teacher for the Cleveland School of the Arts, where she instructed students of all ages.

Ms. Hennessy holds both Bachelor of Music and Master of Music degrees from the Cleveland Institute of Music, the nation’s only upper-echelon conservatory to offer a Master’s degree in Suzuki pedagogy. As a participant in this program she received long-term training in the Suzuki method, gaining experience from the Cleveland Institute of Music’s Sato Center for Suzuki Studies.

During the summer of 2014 Ms. Hennessy relocated to San Francisco, California. She teaches privately and delights in sharing her training, experience, and joy of playing the cello with each of her students. In January of 2015 Ms. Hennessy joined the board of the Suzuki Association of Northern California. She looks forward to being a part of the continued growth of the Suzuki method.