Alan Serrano is a guitarist and music educator. Born in Modesto, California, to a non-musical household, he taught himself electric guitar at age 13. During his early years, Alan was influenced by guitarists Jimi Hendrix, Eddie Van Halen, Prince, Steve Vai, John Petrucci, and many others. From there his obsession grew where he decided to pursue music at higher levels.

Alan received his Associates of Arts (A.A.) in Music with emphasis in classical guitar under Dr. David Chapman. Later, Alan received a generous scholarship to attend McNally College of Music to study with Dr. Eva Beneke. There he earned a Bachelor of Music (B.M.) in Guitar Performance where he studied classical guitar as well as contemporary electric guitar styles. In 2017, Alan was accepted into the prestigious University of Southern California (USC) Thornton School of Music and received a scholarship to study with Grammy-winning guitarist Scott Tennant and guitar legend Pepe Romero and earned his Master of Music (M.M.) with honors (Phi Kappa Lambda). Additionally, Alan has studied piano proficiency skills at Modesto Junior College and CSU Sacramento.

Alan has consistently raised the bar in his musical abilities and does the same for his students. An extremely patient and encouraging teacher, his foremost goal to preserve the student’s enthusiasm that led them to the art in the first place, or to light this spark in others that are new to music. He encourages mastery within the instrument through the student’s ability to critically think and problem solve. Alan has experience teaching students of various ages (5 years to adults) in private lessons, classroom settings, and coaching ensembles. 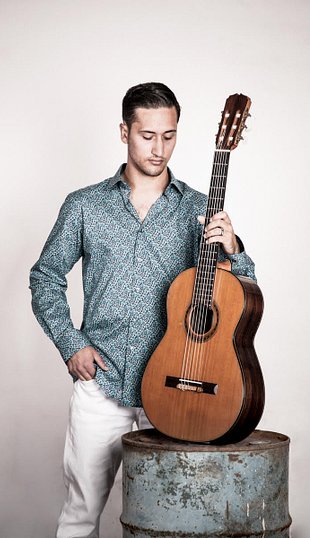