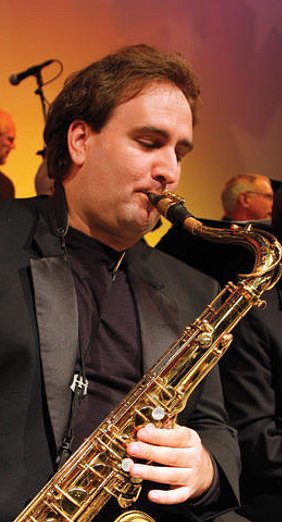 Eric Dannewitz is an accomplished teacher and musician with more than 17 years of woodwind teaching experience, 20 years of professional playing, professional musical arrangements, and recording mixing and producing. Committed to providing students with a solid foundation in music fundamentals while making music education fun and interesting.

He is teaching thousands of custom arrangements of pop, rock, broadway, classical, jazz, and movies songs that are not available in books are used to challenge and motivate students to play what they like while getting better. SmartMusic from MakeMusic is also utilized for working on Orchestra, Band, and Solo repertoire.

Eric has also played well over a hundred theater productions across the Bay Area on various woodwinds. Musicals such as Fiddler on The Roof, Man Of La Mancha, Phantom Of The Opera, Les Miserables, Joseph and the Amazing Technicolored Dreamcoat, Aladdin, 110 In The Shade, Cabaret, Urine Town, Narnia, Drowsy Chaperone, West Side Story, The Wiz, The Wizard of Oz, TinTypes, Grease, A Chorus Line, Evita, Guys and Dolls, South Pacific, Cinderella, Oklahoma, Sweet Charity, and How To Succeed in Business to name but a few. Theater companies played with include CCMT, DLOC, DVC, Berkeley Playhouse, Broadway By The Bay, SF Playhouse, Cal Performances, and 42nd Street Moon.

Eric also has mixing credits for 10 songs off Lady K and the Kings of Swing album Live at Blackhawk.